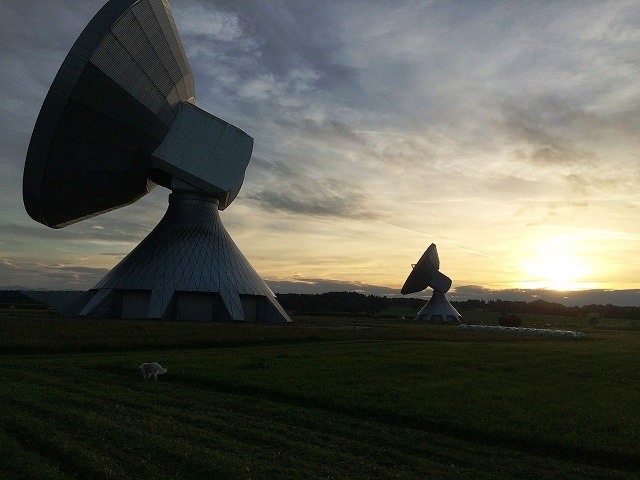 The Control of Electromagnetic Fields at Work Regulations came into force in the UK on the 1 July 2016. It aims to protect workers against adverse health effects caused by exposure to electromagnetic fields (EMF). Here, we present an introduction.

The Control of Electromagnetic Fields at Work Regulations covers electromagnetic fields with frequencies of up to 300 GHz. It refers only to risks associated with effects recognised by the International Commission of Non-Ionizing Radiation Protection (ICNIRP), i.e., short-term effects in the human body caused by the circulation of induced electrical currents and by energy absorption, as well as contact currents.

Internal induced electrical currents result from the interactions of low frequency fields with the body. These currents are measured by their intensity and density. Energy absorption is the result of exposure to fields of frequencies higher than 10 kHz and can produce a rise in temperature. This is measured in the frequency range up to 10 GHz by the specific energy absorption rate or SAR (expressed in watts per kilogram) and above that by the field incident power density.

The EMF Regulations are based on the ICNIRP recommendations. It puts forward dosimetric values within the body (Exposure Limit Values, ELVs) that cannot be exceeded. These values are based on proven adverse health effects and can only be calculated using computer simulations.

It also incorporates Action Levels (ALs) that are based on measurable values. It is important to note that Action Levels are fixed for the static fields that are found around magnets including those used in MRI equipment. ALs are not exposure limits, if they are exceeded, employers have the option to calculate the internal dose quantities for comparison with ELVs.

When carrying out their risk assessment, employers must take into account the guidelines for limiting exposures in situations where workers are at particular risk, for example, EMF exposure to pregnant women and pacemaker-wearers. Employers must also take account of indirect EMF effects, like projections of metal objects and the initiation of electro-explosives.

What are electromagnetic fields? How do they affect people? How can they be assessed? The questions are answered here.

What are electromagnetic fields? Electromagnetic fields (EMF) are all around us, but are invisible to the naked eye. They can be man-made (e.g., power lines, TV antennas, mobile phones) or originate from a natural source (earth’s magnetic field, thunderstorms etc.). They tend to be characterised in terms of their frequency or wavelengths.

At low frequencies, electric fields are present close to charged conductors. Magnetic fields occur in situations where you have movement of an electric charge; an electric motor would be an example of this.

How do they affect people? Low frequency fields will induce electric fields and circulating currents in the human body. The strength of these induced fields and currents will be dependent on the intensity and frequency of the external field, the conductivity of the particular tissue within the body and the distance the body is from the source.

Biological effects of human exposure to low frequency fields can be peripheral nerve/muscle stimulation and faint visual sensations (magneto-phosphenes). Additionally, problems performing mental tasks along with adverse effects on reproduction and development when exposed to ELF magnetic fields have been reported.

At high frequencies, the recognised adverse health effect is the heating of human tissues resulting in heat stress, although other non-thermal health effects have been documented. The two tissue types regarded as most susceptible to thermal injury are the eye and the testes.

Results generated by computational modelling of electromagnetic field interactions with the body enable you to protect against adverse health effects associated with exposure to low and high frequency fields. 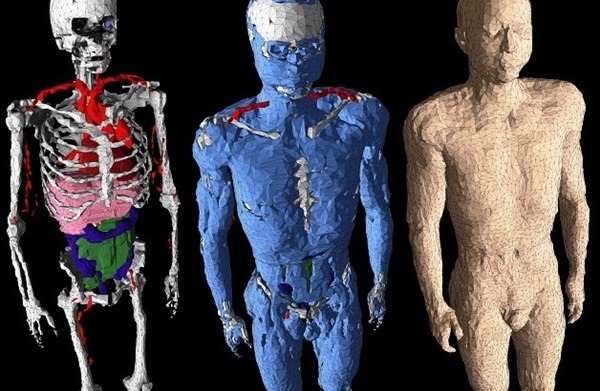 Anatomically realistic computer representations of the human body are regularly used when assessing the absorption of electromagnetic  fields in people. This article discusses how the MAXWEL model was made.

Computer models of humans, sometimes called computational human or voxel phantoms, are models of the human body utilised in computational physics. These models are anatomically realistic representations of the human body derived from medical imaging data. In the field of electromagnetics, they are used to calculate internal dose quantities such as induced electric fields, induced current densities and specific absorption rates (SAR) in tissues within the body.

At EMFcomp Limited, we have developed a voxel model of an adult male body. The model is known as the MAle voXel Whole-body modEL, or MAXWEL. MAXWEL was created using raw, grey-scale MRI slices from a number of continuous partial body scans of a single subject. These axial slices were of 2 mm thickness in the vertical plane. The grey scale data of the medical images were segmented into different tissue types using volume segmentation.

Code was written to automatically interpret the 8-bit grey-scale images into the different tissues. After this automatic segmentation had taken place, manual segmentation was required to ensure the separation of tissues in regions where voxel intensities were in close range. The resulting human voxel model consists of approximately 10 million voxels segmented into 42 different tissue types

1.76 m and the mass was 73 kg. These values agree with the values of Reference Man as defined by the International Commission on Radiological Protection (ICRP) in ICRP 89 (2002). The resulting voxel model is of approximately 2 mm resolution; each cubical 2 mm voxel is given a number that identifies it with the discrete tissue type of that particular voxel.

Other postures of MAXWEL can be derived by manipulating the limbs of the voxel model. At EMFcomp, code has been written in FORTRAN and C++ to move and realign files representing the limbs into the correct orientation. Important factors in this process are to maintain the correct length of the articulated limbs and provide electrical continuity of the different tissues when the limbs were re-attached. Similar to the developed

standing human voxel model, the postured voxel phantoms can be normalised to a mass of 73 kg. This is achieved by adjusting the horizontal dimensions slightly.

As the models are rescaled, the masses of various tissue types are examined to ensure that the tissue mass, in addition to the dimensions of the model, are in line with published organ mass/total mass ratios for the different ages. 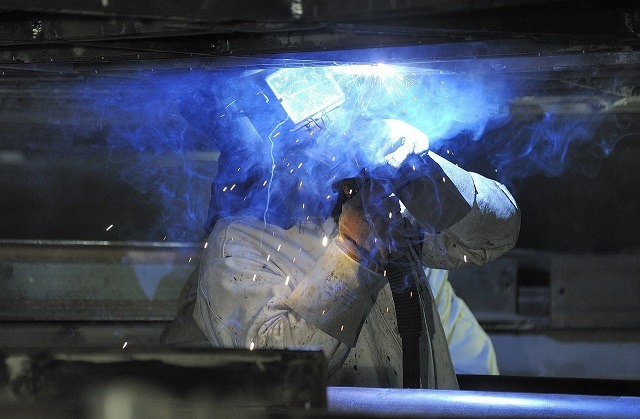 The EMF Regulations, aimed at protecting workers from adverse health effects caused by exposure to electromagnetic fields, came into force on the 1 July 2016. However, many organisations across the UK have still not carried out their risk assessment.

In this period of time up to the present day, relatively little has been done by the majority of companies to analyse risks to employees associated with electromagnetic fields. This is despite the fact that employers are also required to take account of these risks as part of their general duty of care imposed by the Health & Safety at Work Act.

A number of companies tend to assume that the electromagnetic field (EMF) risks associated with products they supply or equipment they use are minimal, but this can be a dangerous assumption. For example, implanted medical devices, such as pacemakers, can be affected by electromagnetic fields. A worker with a pacemaker could have problems whilst working with a machine producing EMFs. If the supplier and user of the machine has not given proper consideration to the EMF performance of the machine, they could easily find themselves with legal problems.

Various commercial properties across the UK are full of equipment that has never been assessed for EMF emissions, meaning that employers will have no indication of whether or not they have a problem until it is too late. EMFcomp Ltd therefore supports other organisations currently advising companies to carry out EMF audits of existing installations as soon as possible.

EMFcomp Ltd has extensive experience in the specialist field of EMF assessment. Director Dr Richard Findlay wrote all computational dosimetry sections for the soon to be released Practical Guide to the EMF Directive, published by the European Commission. EMFcomp Ltd can provide expert EMF advice and assessment services, both measurement and computer modelling, for suppliers and end users of EMF equipment. These services are essential to ensure the safety of machinery producing EMFs and avoid legal problems associated with EMF Directive compliance issues.

No comments to show.

We use cookies to ensure that we give you the best experience on our website. If you continue to use this site we will assume that you agree to our Cookie Policy
Accept All
Manage consent

This website uses cookies to improve your experience while you navigate through the website. Out of these, the cookies that are categorized as necessary are stored on your browser as they are essential for the working of basic functionalities of the website. We also use third-party cookies that help us analyze and understand how you use this website. These cookies will be stored in your browser only with your consent. You also have the option to opt-out of these cookies. But opting out of some of these cookies may affect your browsing experience.
Necessary Always Enabled
Necessary cookies are absolutely essential for the website to function properly. These cookies ensure basic functionalities and security features of the website, anonymously.
Functional
Functional cookies help to perform certain functionalities like sharing the content of the website on social media platforms, collect feedbacks, and other third-party features.
Performance
Performance cookies are used to understand and analyze the key performance indexes of the website which helps in delivering a better user experience for the visitors.
Analytics
Analytical cookies are used to understand how visitors interact with the website. These cookies help provide information on metrics the number of visitors, bounce rate, traffic source, etc.
Advertisement
Advertisement cookies are used to provide visitors with relevant ads and marketing campaigns. These cookies track visitors across websites and collect information to provide customized ads.
Others
Other uncategorized cookies are those that are being analyzed and have not been classified into a category as yet.
SAVE & ACCEPT